India bowled as if they were walking on fire, only to fade away and disappear forever if they don't absorb it. They played as if apocalypse was on its way and they had very little time to the end the final journey as champions on the face of the earth.

English cricket fans must have had mixed feelings after the end of first day s play of the Bengaluru Test. While archrivals Australia had an upper hand, India, the team that had embarrassed them a 4-0 drubbing earlier that winter, were staring at consecutive defeats. Their nemesis Virat Kohli had failed, as had Cheteshwar Pujara. Meanwhile, Ravichandran Ashwin and Ravindra Jadeja were incisive, but they were not the same demons of the England series. The men who had destroyed them with bat and ball had failed: which team were they supposed to support anyway? Despite the recent obliteration, could an Englishman actually bring himself to rejoice Australian success on the cricket field?

Indian cricket fans, meanwhile, were reminded of the old days. They were back to bashing their own team. Australian cricket fans, on the other hand, had a wry smile on their faces. Their team had won the first Test, something England could not. And their team were painfully close to seizing a land they had not conquered since 2004-05, at a time when they were at the peak of their supremacy.

India scored their third consecutive sub-200 score. Australia ended the day s play at 40 for 0. David Warner punched his bat. He knew the job was half done, and they were on the brink of another victory.

Before that, KL Rahul had scored 48% of India s score in the first innings.

Mark Waugh said that Kohli had a brain fade . When Kohli had left that delivery, it seemed time had skipped a few seconds to allow the ball to hit his pads. Kohli had reacted as if he had no memory of the ball being delivered until the umpire raised the finger. And Kohli, continuing with the stage of daze, went for the DRS when there was no way the ball would have missed the stumps.

Ajinkya Rahane was mentally defeated when he strode out. He had failed at Pune. Cheteshwar Pujara ran between the wickets like he is being punished by a whipper.

The hopes of Indian team winning the second Test were silenced by Nathan Lyon s roar. The spectators could not hoist the flag like they did at the start of the day, and that goddamn Kohli had showed signs of being a mere mortal.

When umpire called stumps, King Kohli walked back like a slave in his own realm.

Australia needed only 149 to clear the deficit, bat more, pile up a sizeable lead, bowl out India before they could clear the deficit, and take a 2-0 lead in the four-Test series. They had painted a dream. It was time they lived it.

Kohli has always lived life like there was no yesterday. He remains unaffected by both success and failure.

Day Two was just another day for him. He formed a huddle, showered his words of wisdom, perhaps told his teammates why the glass is half full, and took the field with a spring in his walk.

Ravichandran Ashwin started off the proceedings. In the first Test, he had taken only 7 wickets. When he comes to bowl, the cracks on the wicket usually open up, as if on offering. Unfortunately, the track did not assist him the way it had favoured Lyon. Maybe Ashwin felt betrayed. The paradise he once owned was lost. Australians treated him like a commoner, like just another bowler. Steve O Keefe and Lyon had more wickets than him. As a matter of fact, the top-ranked had faded.

India needed Ashwin more than ever. He came over the wicket and tried to hunt down southpaws, his favourite prey. Nothing worked. He changed his ploy. He rather decided to come round the wicket and exploited the footmarks created by Mitchell Starc. He immediately got Warner. Whether he hit the rough or his very own cracks did the trick was a question that caught everyone in trance. From well outside leg, the ball went on to uproot the off stump. Ashwin the magician was back.

Regardless, Matt Renshaw was at the crease. The tall, broad-framed Yorkshireman looked undeterred, focusing on his defensive, orthodox, old-fashioned brand of batsmanship. The fact that he was never a part of the Australian failures in Asia came to his aid.

Renshaw is only 20, but played like a warhorse who had battled for years on this part of the world.

When he takes off the helmet, the huge Renshaw unveils a deceptive baby-face. He does not resemble your rugged, battle-hardened Australian. He loves batting as enthusiastically as a kid. He does not want to leave the crease. He bats for himself. He wants to bat all day. And he scored 60 off 196 amidst a mocking that involved Kohli making toilet jokes on his illness in Pune Test.

All this time he was batting, fortune failed India. If there is something called bad luck, India were the magnet. Four of Renshaw s boundaries (27% of his runs) came off outside edges, all off Umesh Yadav. Then one of Ashwin s deliveries missed off-stump by a whisker; it seemed someone in an invisible cloak had pulled the ball up.

Wriddhiman Saha, probably the best wicketkeeper in the country, dropped Starc. Jadeja, probably the best athlete in the history of Indian cricket, misjudged his jump and gave another respite to Starc. Ajinkya Rahane, India s current best man at slip, had let go a few. And quite a few balls hit the pad marginally outside off.

Amidst everything, Ishant Sharma became meme (or GIF or video or viral or whatever) of the day. He mimicked Smith. Kohli, standing in the slip cordon, burst into laughter.

Smith, No. 1 batsman in the world, played 52 deliveries but could not score a boundary. Shaun Marsh, who had batted like a tail-ender at Pune Test, scored 66 off 197. Ravindra Jadeja bowled only 5 of India s first 62 overs.

The edges did not carry. DRS reviews were wasted. There were half-shouts. There were half-chances. Australia were on the right side of the luck and India were not. All the same, India gave their all, keeping Australia at bay. Day Two was filled with madness.

Day Three saw Jadeja pull off an O Keefe: he took a six-for, his third in Test cricket. The once-under-bowled took bulk of the wickets, scalping them in lesser overs than the other three bowlers.

In reply, India lost Mukund early. Rahul, India s lone saviour, scored another half-century, his third of the series. DRS failed Kohli again, albeit closely. India sent Jadeja at No. 5, ahead of Rahane and Karun Nair. The experiment failed.

India were four down. Their best Test batsmen were at the crease (that was what Kohli said). Talks of India being in a similar situation when No. 6 Rahul Dravid had joined No. 3 VVS Laxman did rounds. The pair had added 376 runs to win the famous Test against Australia, at Eden Gardens. Pujara and Rahane were in a similar situation when India ended Day Three with a lead of 44. The fans expected the duo to pull off Laxman-Dravid heroics.

They did their bit. The series witnessed a wicketless session for the first time.

For a change, the Day Four morning saw Pujara and Rahane score the series first 100-plus stand. For a change, Starc s bowling lacked teeth. For a change, Ishant and Umesh had better figures than Starc.

However, not for the first time, the Test threw another surprise. Starc struck. He dismissed Rahane and Nair off consecutive deliveries.

Starc almost had a hat-trick, but Saha brought back the bat down at the right time. That reflex action went on to help India post 188 after Hazlewood joined the list of six-fors and Pujara played a characteristic knock of 92 on a track that saw Kohli score 27 runs and Steven Smith 32. Saha scored an unbeaten 20 including a six and a four off Starc.

India had to defend exactly a run less than they had posted in the first innings.

Fortune favoured them. Ashwin was back in business. No one dropped catches off Umesh. Saha took a blinder. No meme was generated on Ishant. Jadeja was not under-bowled. Kohli, as always, was seen lost in his own world, celebrating a wicket in his own style, with an often-used offensive Hindi slang on his lips.

The Indian team bowled as if they were walking on fire, only to fade away and disappear forever if they don’t absorb it. They played as if apocalypse was on its way and they had very little time to end the final journey as champions on the face of the earth.

All in all, Test cricket was at its best: Kohli failed, Rahane dropped a catch, Ishant became a meme, Smith was nearly called a cheat, Australia nearly nailed it, but India won.

And the Englishmen are still confused… 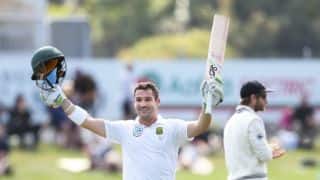 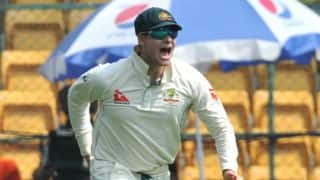