ENG vs WI: Jofra Archer is not new to us: WI coach Floyd Reifer

ENG vs WI: Jofra Archer is not new to us: WI coach Floyd Reifer

Archer was born in Barbados to a British father and played for West Indies Under-19s before declaring his allegiance to England earlier this year.

West Indies head coach Floyd Reifer insists his batsmen are up for the challenge of taming England‘s electric pace bowler Jofra Archer in their World Cup clash on Friday.

Archer was born in Barbados to a British father and played for West Indies Under-19s before declaring his allegiance to England earlier this year.

The 24-year-old qualified for England in March and the match against the West Indies in Southampton will be just his seventh one-day international appearance. ALSO READ: Just another game of cricket Jofra Archer on facing West Indies

In that short time, Archer has already established himself as one of the sport’s most explosive bowlers, with three-wicket hauls against both South Africa and Bangladesh in the World Cup underlining his quality.

Finding a way to subdue Archer will be one of the West Indies’ main tasks as they look to beat hosts England. ALSO READ: Jofra Archer s impact makes England an even tougher force

And Reifer, speaking after Monday’s match against South Africa was abandoned due to rain, is confident they have a game-plan to combat his threat.

“I’m sure Jofra will be chomping at the bit to come at us and we will be ready for him,” Reifer told reporters.

“Yes, he’s bowling quickly, but there’s nothing that we are not accustomed to. We are looking forward to the challenge. So we will see how it goes on Friday.”

Asked if he was disappointed that Archer didn’t chose to play for the West Indies, Reifer said pointedly: “He made his choice.

“I actually played club cricket against him as a young guy. So Jofra is a tremendous talent, we all know that. Like I said, we are looking forward to the game on Friday.

“He obviously had the pace. He had a few injuries as a young guy. But I’m guessing though he’s fully over those injuries and he is bowling very well for England.” 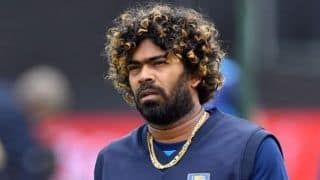